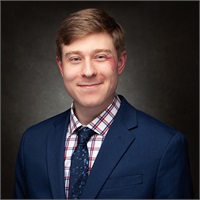 Evan Bethards was born and raised in Indiana.  At the ripe old age of 8, he made the move with his parents to Georgia. Later, he attended Woodstock High School, where he was actively involved in the theater department, starring in plays like The Sound of Music and Our Town. He is currently finishing up his Major in Finance and Minor in Economics at Kennesaw State University. Yes, he knows – it’s taken a while…

Evan has had a healthy relationship with money since he can remember, growing up in a home where having a plan and knowing the value of a dollar was very important. Evan later realized that this way of thinking was not the norm and that most people stress about money.  This epiphany fueled his passion for educating people around understanding money and investing so they can be focused and intentional with their finances to create the future they want. His mantra is, “It’s not about what money is; it’s about what it can do.”

Evan currently lives in Canton, GA. He is passionate about the ocean and has several saltwater aquariums, a hobby he has enjoyed for years. He loves how you can bring a little piece of the ocean’s coral reefs into your home.  Evan is involved in his local community through groups like INWDSTK and The Cherokee County Chamber of Commerce where he is on the Chairman’s Council. He is also a member of the Rotary Club of Woodstock where he is following in the footsteps of his grandfather, who was a Rotarian for over 60 years. He has a love for cooking and enjoys preparing fun meals for others and hosting a great dinner party. He is also greatly interested in the world of wine, hoping one day to become a sommelier. Evan’s cocktail of choice lately has been a classic old fashioned with rye whiskey. On the weekends, he and his boyfriend Neal can be found trying new restaurants, binging a good TV show, and remodeling a 1920s bungalow near the Marietta Square.